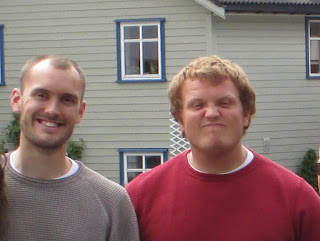 A man had two sons.... was a common way to begin a parable. There are other parables in the Hebrew tradition that begin this way, not just the one we have in front of us today. When the gospel writers began in this way, you and I who are hearers of the story are clued in right away to the type of prose we will hear. A parable is a particular form of prose. Although it is like narrative, it is not exactly narrative, it doesn’t tell a story in a straightforward sort of way, although it is definitely part of the bigger story. The purpose of a parable is to surprise you, even to shock you. Jesus often says something outrageous, or tells about something that doesn’t seem on the surface to make much sense. We also know a parable when we hear one because it tells us something about Kingdom living.

This particular parable is quite familiar. Often we jump straight to the place of deciding that this is about the younger son who has squandered all of his inheritance and has been bad, or maybe we even identify with the younger son. And we are quick to label ourselves or people in our lives as prodigal son. But if we make that jump too quickly, we will miss so much that is surprising in this parable. First of all, we miss what prodigal means. Prodigal means exuberant and lavish, excessive and extravagant. Prodigal describes the son because he has been extravagant in spending his inheritance. Prodigal also describes the father because he is extravagant in his love toward both his sons. The younger son was extravagant in his spending and ended up in the worst possible position of shame and brought shame on his family as well.

Or, we jump too quickly to identifying with the older son. The one who followed all the rules, the one who understood duty to family and responsibility. The one who worked hard all his life only to have his little brother get the big party after having squandered everything and living hard and fast. He was the one who really wished that rewards should go to only those who earn them. The one who at his very worst moments envies his younger brother for all the fun and excitement he had and that the older brother missed out on. The one who is mad at his father for even acknowledging the younger son was still alive, after all that he had done. The one who fails to recognize that the father is always on his side and he need not earn his father’s approval.

Maybe we even jump too quickly to identifying with the father. The father who raised his kids as best he could and who now has to put up with an older one who doesn’t know how good he’s got it, and a younger one who takes advantage of everyone and everything. This father’s behavior is shocking. First, he runs out to meet the son who left and squandered everything, giving up all semblance of honor that he may have had left by this time. Then, when the elder son chews out his father in the totally immediate and full view of all gathered to celebrate, the father once more responds graciously, saying even in front of the whole village that the kind of father he is must celebrate and rejoice when the lost are found. The father of the parable celebrates every measure of resurrection, of life from death, without pausing to judge whether the one given life deserved it, or what the consequences are for village or cosmic justice, or even how the loyal will respond. He just hopes that those who profess loyalty to him will follow his example.

But today I propose something different, something that may be true for all of us. I propose that you, and me, we’ve got both these brothers inside us. The responsible one and the prodigal one. The one who always followed all the rules, and the one who is or at the least wants to be exuberant and lavish. It is an uneasy coexistence made harder by the reality that none of these people is perfect, and that all of them make real mistakes, just like we do. This is where I think the truth of this parable is, we are imperfect people, perfectly loved by a God who freely chooses us. God continually chooses God’s people even when we have apparently wandered far away. God continually chooses you, and me, God continually loves us, in the glory of our imperfect, broken, lives. Not because we deserve God’s love, but because that is who God is.

The surprise and shock of this parable is that at the very same time we are recipients of the grace the father lavishes upon us, broken though we are, we are also agents of reconciliation, we are the ones who show the world that this abundant grace is available to each and every person whose paths we cross each and every day. 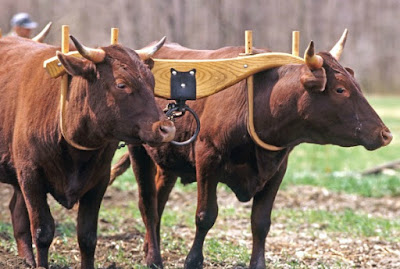