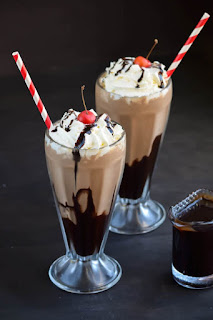 This is not a pretty parable. Matthew is talking mighty tough. A landlord purchases land, makes some improvements, and then leaves. After an undetermined amount of time, he sends his representatives to collect what is owed him. Instead of the tenants handing over what is owed, they beat and kill the landlord’s representative, not just one, but two, and then they kill his son. How can this parable even begin to reveal the kingdom of God?

This absent landlord, who knows how long he’s been away, finally sends in some of his people to check on the place. Maybe the tenants thought he’d permanently gone away, maybe they thought he’d just never return; maybe they thought he was dead. You’d think that after the first murder, the landlord would quit. Well, that landlord is just crazy. And, what’s even crazier is this landlord sending his own son, after all this violence, as if something about that is going to change. As if people who have been beating and killing are just going to stop being violent because they just decided they don’t want to do that anymore.

Crazy indeed, crazy love. It’s not just crazy; it’s crazy love. The kind of love that brooks no reason, that will listen to no counter argument, and that will never, ever give up, risking even violence, rejection, and death in order to testify to God’s commitment to these tenants…and to us.

It sounds to me a lot like us, as tenants I mean. Such violence, such injustice, such foolishness. And yet God’s crazy love for us never, ever, ends. Makes me want to cry really, and I believe God weeps every time we, God’s children, turn to violence to solve our problems or to exert power. How can we go on being so violent, when we have a God whose love for us, for all creation is so amazing, so abundant. How can God continue to love us, when we keep on falling down, when we keep on blaming, mistreating, and hurting one another?

We hear this story all the time. About how unfair this life is. It’s that transaction with God again. If you work hard, and do everything right, your reward should be wealth and happiness and blessings from God, we think that’s what’s fair. But that’s not the truth. The truth is that many of us work hard, and still, pain, and suffering, and tragedy is present in our lives. But we are not entitled to success, or happiness, or even blessedness. We sometimes even talk about what we deserve or don’t deserve. We work hard, we deserve a good life, we deserve recognition. We deserve a life free from pain, free from heartache. But that’s not the way God works, it’s not the way scripture shows us and it’s not the way our lives show us. We experience pain and heartache, and we experience happiness and fullness of life.

You see, we are all broken, and it is that very brokenness that makes us compassionate, or hateful.

There’s a story in Bryan Stevenson’s book, Just Mercy, that I want to tell you about. In the book are many stories of incarceration, and many times I cried as I listened to the stories of people whose lives have turned for the worst, and yet who continue to have faith, hope, and compassion. This story in particular though illustrates our brokenness, and the compassion or hatefulness that results.

Bryan Stevenson tells the reader about a guard at the prison where he is visiting a client. The client, Avery, is there because after a life of foster care filled with emotional and sexual abuse, he hears the demons in his head and that results in stabbing a man and killing him. Mr. Stevenson regularly visits the prison as the legal counsel, he reports to the warden and then is signed in, all according to the proper procedure. The first time Mr. Stevenson encounters this particular prison guard, he is questioned extensively, bullied, and then subjected to a strip search, all against the law. Mr. Stevenson had seen a truck in the parking lot, a truck with confederate flag stickers plastered all over it. The prison guard makes sure Mr. Stevenson knows that is his truck. Mr. Stevenson listens to Avery, but the only thing Avery wants is a chocolate milk shake. Each time Mr. Stevenson sees Avery in prison, Avery asks for a chocolate milk shake, and Mr. Stevenson replies that he cannot get a milk shake into the prison. After many visits and much work, a court date is set for an appeal of Avery’s conviction, with the evidence of Avery’s upbringing in the foster care system. That same prison guard is the one who brings Avery to court each time, and he listened to the proceedings. When Mr. Stevenson encounters that guard again at the prison, he approaches with trepidation, but the guard is a changed man. He tells Mr. Stevenson of his own abuse in the foster care system. He says he thought he was the only one who had been treated that way, and realized Avery was treated even more poorly and violently than he. The guard learned compassion as he looked into the eyes of the one he had judged a loser. He learned to respect the Bryan Stevenson, the lawyer who was helping so many on death row. He even stopped at a Wendy’s on the way back to the prison after court one day, to buy Avery a chocolate milk shake.

We are all broken by something. We have all hurt someone and have been hurt. And we are witnessing over and over again in these days the reality of our brokenness. But it is in that place of our brokenness, that makes us compassionate or hateful. Our brokenness is the source of our common humanity. We have a choice, to be compassionate or to be hateful. Embracing our brokenness leads to mercy. Jesus comes into that place of brokenness and says, let go of the hate, let go of the bitterness. Do not take revenge or retribution. Instead, know that we are all in this together, you have been dealt a life that is yours, filled with good fortune or bad, filled with love or abuse. You are capable of extreme compassion, you are capable of forgiveness.

Jesus’ love is the love that is unreasonable, it is the love that will never, ever give up, risking the violence showered upon him, the rejection of his friends, and death on a cross. And on that cross, Jesus loved, saying, forgive them, they don’t know what they are doing.

We know that love takes a decision. We know that compassion means doing something. Look into the eyes of the ones you are afraid of and be transformed. And then, get to work. Work to relieve the suffering and pain of another, and your problems will begin to feel small. Work to change laws that are unjust, systems that continue to oppress, work so that our community is compassionate. And bring a chocolate milk shake to someone this week. Amen. 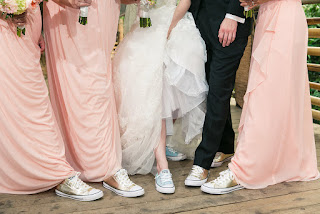